Łukasz Pieniążek is a young and talented rally driver from Częstochowa, currently running for the World Rally Championships WRC2. At this early stage in his career, Łukasz has already brought home countless awards—both nationally and internationally. In preparation for the next phase of growth in his career, Łukasz came to us with a near-blank slate in terms of branding and ID work.

CHALLENGE
In late 2017, after qualifying for the WRC2, Łukasz decided to level up his brand so that it could more accurately reflect his accomplishments and ambitions. When we first started working with Łukasz, he didn’t know what he wanted or what shape it would take on—but he knew he was looking for something fresh and different—something unconventional in comparison to what you typically see in the rally industry. Łukasz wanted to differentiate himself from the competition, while positioning himself as a force to be reckoned with.

Łukasz had two main goals:
– first, to attract new fans from outside the industry,
– second, to cater to potential sponsors.

In terms of how we approached the work, this case was an excellent opportunity for us to take techniques and best practices typically used within corporate consumer branding—and instead transfer them into the sports industry. We identified and broke down our target audience “user” segments, identified a target, and we built out our work from there.

The new Łukasz is a man who flits past us at such a speed that we can see only dust and black and blue glow. We decided on this color and developed a dynamic theme, because they are his favorite colors. The whole branding is the effect of many hours of meetings with Łukasz, projection of his dreams and stories. Lights and neon lights. Sci-fi world.

We also dealt with the branding of the car – by wrapping the car, we built a unique dynamic machine from the future. We have also prepared a rotating 3D visualization of a car, for vehicle presentation in social media and on Łukasz’s website.

We also took care of the photo session of Łukasz and his pilot Przemek. The photos were used in the website design and Key Visual graphics. Another challenge was the editing and post-production of the materials recorded during the training, video views from rallies and interviews with Łukasz and Przemek. Each of the promotional films starts and ends with a dynamic intro and outro developed by us.

Once we had a strong visual ID, we were able to create an overarching theme in the website design that was consistent with his brand and identity. We took the opportunity to get creative and play around with his website’s UX, giving it a more interactive feel—like stepping into an old-school racing video game.

We partnered up with Agencja 365 to support us with posting and publishing materials. To give Łukasz’s social media presence a boost, we developed a revamped strategy and communication plan that resulted in a 67% growth in reach over the course of 8 months. Our PR efforts exceeded even our expectations, with over a thousand mentions in national publications writing about Łukasz.

We partnered up with Agencja 365 to support us with posting and publishing materials. To give Łukasz’s social media presence a boost, we developed a revamped strategy and communication plan that resulted in a 67% growth in reach over the course of 8 months. Our PR efforts exceeded even our expectations, with over a thousand mentions in national publications writing about Łukasz.

Want to work with us?
Tell us about your brand and what you need for its development.
We will contact you and talk about the details.
Book consultation
Similar projects 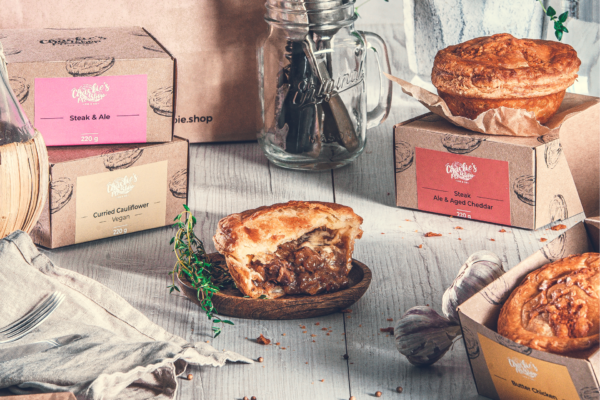 Branding, website, and packaging design for a restaurant brand with savory pies from New Zealand 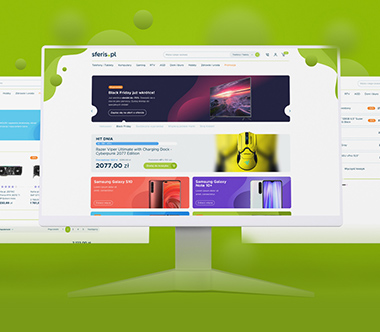